The NSW National Party is spinning its head over the recent by-election for the NSW seat of Port Macquarie. The Nationals’ Leslie Williams increased her vote by 14%, after the Independent, (& former National Party member) Rob Oakeshott quit, to run for Federal Parliament. Such a swing is common when personally popular Independents resign or retire from their seat. Christine Ferguson, from the NSW branch complained in a letter to the Sydney Morning Herald (Letters 24/10/08) that the Nats didn’t lose the seat, because they didn’t hold it. True. But they expected to win, and they didn’t win; so they lost. Don’t you love political word games! 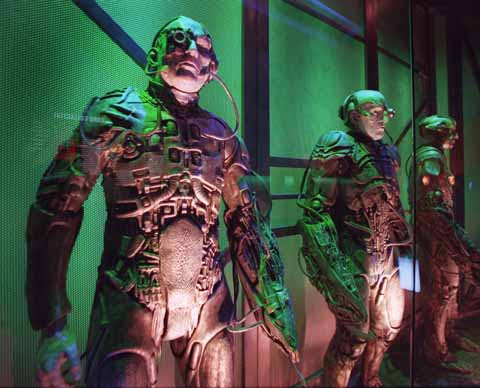 Further exacerbating the Nationals’ glum mood was the fact that Liberal Alby Shultz, (Liberal member for the Federal seat of Hume) supported Peter Besseling as an Independent. He won; the Nats lost. Shultz also believes the Nats should be merged with the Liberal Party. Remember the Borg from Star Trek?
(Photo: http://blog.tmcnet.com/blog/tom-keating) “Resistance is Futile”: that’s how some in the Liberal Party view the proposed “merger”. NSW Nats Parliamentary leader Andrew Stoner had a hissy fit about Shultz, and wanted to “take him out the back and shoot him”. Stoner later tried to brush off the comment as a joke. Nats MLC Duncan Gay waded in with “he’s no longer a member of the Coalition” - Shultz will ignore it as the ranting, personal comment that it is.
In all, the National Party members are showing just how delusional and ineffective they are in NSW.
John
Posted by The Analyst at 7:40 pm